The Aldie Volunteer Fire Department is committed to your safety!  Check out our Files section for important safety tips on various topics.

News headlines
May 2020 Incident Dispatches
During the month of May 2022, there were 76 dispatches for vehicles assigned to the Aldie Fire & Rescue station, as follows:Brush 607 - 1Engine 607 - 31Medic 607 - 36Rescue 607 - 8
Outdoor Burning
For Immediate Release:Open Burning Ban Takes Effect May 1, 2022The Loudoun County Fire and Rescue Fire Marshal's Office reminds our residents and visitors that open burning is prohibited in Loudou...
➜
Picture gallery 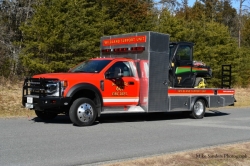 The Aldie Volunteer Fire Department (AVFD) is along the Route 50 corridor in southern Loudoun County, VA.  We are known as Loudoun County Station 7, or Station 607 under the Metropolitan Washington Council of Governments (COG) numbering system.  We are "first due" to around 40 square miles, with approximately half of this area being mountain and/or wildland area.

We rely on donations from the community to pay for most of our expenses.

The AVFD was organized in 1955 by a group of dedicated Aldie area residents and its first piece of fire apparatus, a used 1948  fire engine, was purchased for $5,500.  This fire engine was kept at the Aldie Garage on the west end of Aldie.  In 1956, the department purchased its first station, which was formerly a garage and service station on the east end of Aldie, and we also bought a used 1939 Ford fire engine.  The AVFD responded to 18 calls their first year of service, and relied solely on donations from the community for their operating expenses.

In 1964, the department bought its first new fire engine, a 1964 Ford/American La France for $17,000.  Then, in 1971, Company 7 built a new station on the same property as the old fire station.  In June 1972, the new fire station and all of the fire apparatus was damaged by flash flooding that struck the station during Hurricane Agnes.  One engine was totally destroyed.

In 2000, the AVFD requested and received career staffing to supplement the volunteer responders for our station.  In February 2006, this staffing was deployed to 24 hour staffing with a crew of three firefighters for the county-owned engine and/or heavy rescue, and a crew of two for a county-owned Paramedic ambulance that is housed in our station.  The Aldie Volunteers still own five vehicles; a brush truck, a Wildland Support unit, a Fire & EMS-equipped UTV, and two utility vehicles.  On average, units based in Aldie respond to around 900+ incidents each calendar year.

Our members have quite a few years of experience.  In fact, our active membership has an average of over 30 years of service to the Aldie Volunteer Fire Department!  But, we are always looking for new volunteers!  Please visit the following link for information about volunteering!